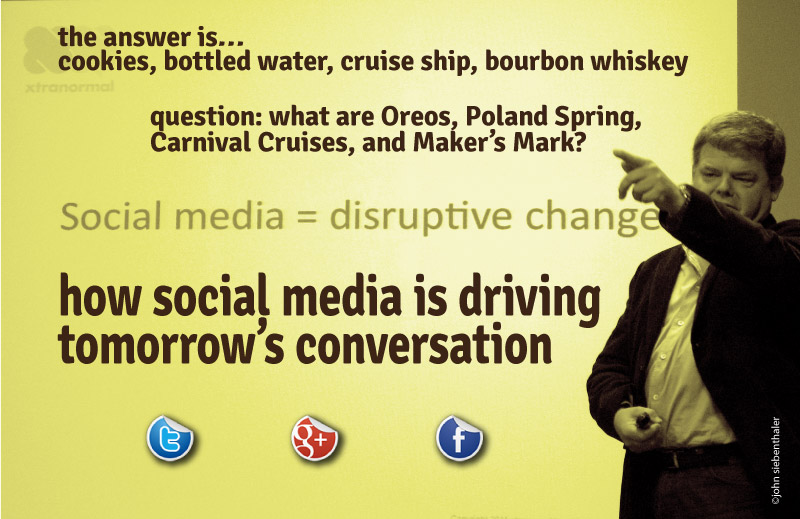 2009: Twitter is recognized by Southwest Air as an essential communications tool.

Because of what happened in February, 2013, marketers a few years down the road will be able to pinpoint the moment social media evolved from a MySpace music channel to a full-fledged marketing partner.

This month offers the clearest proof yet of social media’s global connection to an audience that’s otherwise beyond the reach of traditional media.

The events featured are indicative of just how rapidly some corporate boardrooms have moved to leverage the power and speed of a responsive social media business communications asset.

In the five years since Sarasota resident Janis Krums used an obscure smart phone app called TwitPic to upload his shot of a Charlotte bound U.S. Air flight that crash landed in the Hudson River, Twitter, Facebook, and increasingly Google+ have become first responders in how business communicates.

February kicked off with another New Orleans hosted Superbowl between San Francisco and Baltimore in what ended up as a Raven’s blowout.

For months the city had been the subject of general feature, business, lifestyle and sports reporting, with the usual emphasis focused on the network ad rates along with the SuperDome facility that was resurrected after hurricane Katrina in 2005 in a symbolically defiant gesture to reclaim the city’s spirit.

Nabisco’s bid to bolster its Oreo cookie product with a multi-million dollar game ad schedule and a parallel PR launch didn’t include plans for a second quarter blackout that suspended play for a half-hour. What happened next proved they were very well prepared for any and all social interaction between the brand and the 30-second first half spot.

As is often the case, a skillful combination of preparation and opportunity resulted in a lucky social media strike that quickly went viral. Oreo’s digital agency responded with a spontaneous "Power out? No problem. You can still dunk in the dark," Twitter tweet and graphic that was retweeted thousands of times and in the process became a story of its own.

While other advertisers were also using their social channels, none penetrated with the clarity and originality of the Nabisco team. When opportunity knocked, they didn’t walk, they ran to answer the door.

The keys to success were authority, trust, creative talent, production capability and insight, all resulting in a marketing and PR hit that blended seamlessly with the scheduled ad and Cookies vs. Cream promo on Instagram.

The following week saw the Republican response to the President’s State of the Union address open a gaping window of opportunity for the Poland Spring brand of bottled water.

Unlike the Superbowl, there’s very little commercial opportunity preceding the hyper-partisan speech that’s closely watched by another international audience of totally different demographics. That’s not the same as having no opportunity. 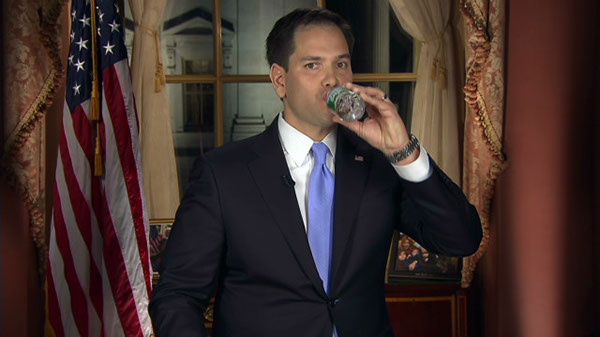 When Florida Sen. Marco Rubio stopped midway through his response and reached for an off-camera bottle of water ears perked up. He quickly slugged down a couple of gulps before resuming his speech, all without losing eye contact with the camera.

The end result was a somewhat awkward made-for-YouTube event that wound up on every late night talk show and every cable network’s news and opinion channel for several days afterward. For Poland Spring natural bottled water, it was a golden moment for a quick strike to own the headlines.

But it inexplicably took the Nestlé owned brand another 24 hours to respond with an uninspired and way too late to matter response in an attempt to salvage some awareness. It was mentioned in the trade press mainly as a marketing moment fumbled and unrecovered.

The Senator, after tweeting out his self-effacing reaction, saw his Twitter followers count skyrocket. Lesson learned?

For Bahamian flagged Carnival Cruise Lines, the breakdown at sea of yet another of their problem plagued fleet required a prompt response. In this case, they were quick to engage their social network to explain what was happening – but on their own terms. The passengers, out of sight and out of reach of their own social channels, were unable to use their personal mobil devices to communicate. Carnival, though, drew on experience to fashion a classic Crisis Response message.

“Currently, public and cabin toilets are operational in certain sections of the ship, power has been restored to a limited number of elevators, and some power in the Lido dining area is providing for hot coffee and limited hot food service.” – official post on Carnival Facebook page

Unlike 2012’s Costa Concordia shipwreck in Italy there was no loss of life, meaning Carnival didn’t have to juggle how best to respond. They quickly took to their Facebook page as the lead channel for outbound messaging, along with a relatively transparent Twitter response, filtering first-hand knowledge which only corporate possessed of the actual conditions on board.

While the situation was humiliating for the cruise line, without immediate access to their own social networks the passenger journalists were unable to confirm or deny the claims by corporate. In short, if it had to happen, better for business that the news be managed.

By the time the boat was towed into Mobile, news of what happened had already been characterized by the corporate response team as an unfortunate accident and national media, unable to deliver essential first person reporting, quickly ran short of material.

In the immediate days following the four-day ordeal at sea, it’s clear the news cycle had pretty much run full circle. By the time the 4,000 plus passengers were finally able to begin sharing their experience through their own social media channels the audience had moved on and Carnival declared – on Facebook – case closed.

Kentucky luxe bourbon distiller Maker’s Mark wasted no time in interpreting the brand loyalty of their customers after announcing a change in proof from the traditional 90-proof to a still potent 84-proof in order to keep price down in a very hot market.

Part of the Beam family of liquors, Maker’s, after discovering that demand was outstripping inventory – up 18% in 2012 – decided to extend their supply by adding water rather than raising the price, which in turn would reduce the alcohol content.

But after announcing the change on February 12th (right about the time the Carnival’s engine caught fire,) the sentiment expressed on their Facebook social page quickly convinced the distiller that fans would be more than willing to pay higher prices but would abandon a reformulated product.

While many pointed to Coke’s experience in 1985 and the serious brand and economic fallout following the bungled New Coke project, a better analogy might be to Jack Daniel’s unannounced decision to dilute Old No. 7 in 2004, from 86 down to 80-proof, and the uproar that followed that marketing episode of shoot self in foot.

The Message? You’d Better Have A Plan

The message from these and other prior events is the necessity of having an effective and responsive social media strategy that’s able to manage messaging on both a day-to-day basis but especially in a crisis or opportunistic situation.