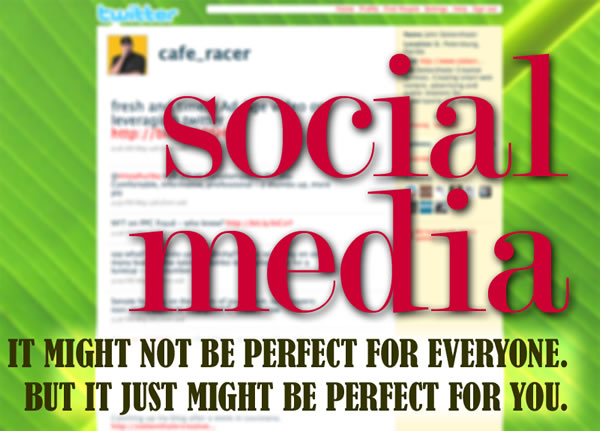 It’s Not Just About What You Had For Lunch

(TAMPA, FL) “I’m addicted to Twitter! I love it!” That was Christi Day, evangalista for the hot new web site must have, in Tampa last month as one of three PRSA-Tampa Bay Professional Development Day presenters. I was in the audience six rows back, listening to this barely constrained GenNexter rave about the shorthand web communications tool and how she uses it.

Christi’s pitch, Nuts About Online Communications, came from an informed perspective. As the online spokesperson and emerging media specialist for Southwest Airlines, she leads a team of six that’s spearheading the airline’s efforts as they navigate the tricky waters of online social communications.

Whether it’s a twitter #hashtag or optimizing a press release with loaded keywords, emerging media’s ability to leverage the complex process of search engine metrics has turned the traditional landscape of social and commercial communications upside down. What I learned could fill a book — or at least the first 140 characters.

Guesstimates are that only 10-11 percent of the web population tweets at any given time. So Ashton Kutcher notwithstanding, you’ll be forgiven if you’re not yet twittering, an online activity that’s arbitrarily short, very public (but with Direct Message as a privacy option) and as of right this minute totally red hot.

Nielson Research dumps more cold water on the trend by pointing out twitter’s base retention rate is much lower — around 40 percent — than other online social sites and predicts they won’t rise to the status of a Facebook. But of course twitter’s not Facebook and that metric will change, as 1) twitter’s slightly whacky interface evolves and 2) marketing uses for it’s unique style are perfected.

He concedes there’s currently no user’s manual for the quirky service, but we’ll point out ownership of a quickly becoming universally recognized brand is a great start, recall driven by the number of twitter apps that’s growing daily. If you want to learn more, it’ll cost you $795 to get your hands on his Shorty Report, 160 pages chock full of the names and addresses of twitter’s growing legion of corporate players.

something for nothing? depends Don’t focus on the tweets sent by wing standing passengers onboard US Air’s Hudson River miracle. Customer service/relations, direct sales and crisis management are the top three business functions to emerge so far, used by among others Jet Blue, Kodak, Comcast, Ford Motor, Starbucks (192,000-plus followers — take that, McCafe), Whole Foods and Dell, all part of a growing list that also includes Ms. Day and her work on behalf of Southwest. That work, by the way, has produced a measurable $500,000 return, despite the fact that the airline’s twitter mission is consumer pr.

Another winner in the tweet-based revenue generation sweepstakes is West Coast food truck vendor Kogi. They hit the marketing mother lode simply by figuring out that tweeting times and locations for its stable of mobile vendors produced a flash mob parade of hungry devotees. Ex: this just in from Moomento; “woo, Kogi BBQ truck is gonna be in Mid-wilshire today: 6PM-9PM@Miracle Mile - Wilshire & Cloverdale, should I go try it?” Go for it, girl. Not bad for zero site presence capitalization.

Lets say that most days you’re really not into what this person had for breakfast or which politician said what. But you’re suddenly very interested in options after getting bumped from your red eye to Vegas. That might lead to following your carrier’s twitter profile for real time choices. Does it work? “Kudos to @jetblue for helping solve a seating problem last week!”, on twitter from a very satisfied customer.

Or your needs might be a little less dramatic but essential nonetheless. If you live in New Roads and need to get to St. Francisville, two small Louisiana towns separated by the Mississippi, it’s either a 15-minute, seven mile errand or a 140-mile round trip, depending on whether or not the ferry between the two is running. Handily, you can follow the Louisiana Dept. of Transportation’s twitter feed (StFran_Ferry) for up to the minute text info on your commute.

Cost to tweet? There isn’t any — no advertising allowed. But there’s a catch if you’re planting a corporate profile. “You need human beings to be on Twitter, and no one really knows how to box (it) up,” said Galant. In other words, the commitment is time, a sentiment shared by Ms. Day as well. Time. And an appreciation for the newest of the online cultures.