Rustlers Are Stealing Your Stock —
What’s Your Strategy To Head ’Em Off?

Branding has grown from an afterthought into a necessity, and for good reason. Because media cost is constant regardless of content, investing in performance through profit enhancing brand creative is the easiest and quickest way to improve the bottom line.

In 2002, SAB’s (now SABMiller) top exec said that, “The fortunes of Miller are tied strongly into its ability to reach consumers through more focused and more extensive marketing programs.”

Branding is totally dependent on a visually pleasing and memorable icon or series of icons, most often expressed in a distinctive logotype that for maximum effect is applied in every conceivable media. It’s the main factor in breaking free from the overall clutter.

Why is creative so critical? Because of the two identified ways of achieving growth – expanding the brand, or grabbing additional market – only the latter concentrates on building share, which is largely accomplished through successfully marketing and advertising the core brand. Hampton Inn’s efforts are particularly effective.

At Hampton Inn, More Is More 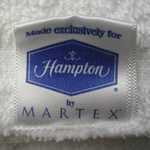 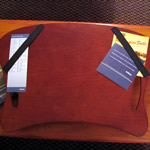 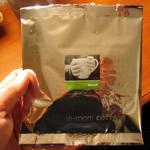 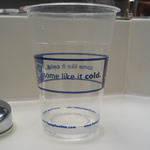 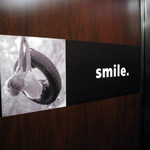 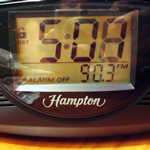 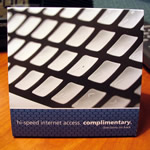 In the hospitality business, Hampton Inn, part of the Hilton chain, is having a pretty successful run. I try to stay at one when traveling, my loyalty having been “branded” early on during a trip at a then new hotel in Georgia, where I encountered their 100% Satisfaction guarantee to my 100% satisfaction. Do they stand behind their product? Absolutely. Customer service and corporate responsibility? What a concept!

Recent down-to-the-last-detail remodeling at older properties makes staying at a Hampton Inn a predictable pleasure. They’ve cultured consumer loyalty with their extensive branding, which includes the usual items... in room coffee service, soap, glasses, and cups... but also such innocuous accesories as linen and radios. No matter where you turn, you’re reminded that Hampton Inn wants to be on your destination radar.

When corporate identity is practiced at this level, you can bet that pride in appearance, service, and content is the driving motive. It isn’t inexpensive, and unless done right and kept up relentlessly it can easily backfire into a miserable, costly joke, one that’s costly to fix and painful to absorb.

At the most basic, branding is the applied science, or voodoo, of defining your product in a manner your audience finds acceptable. At least initially, the quality of the product is less an issue than the perception. On the other hand, the best product in the land cannot overcome shoddy marketing over the long haul.

A brand is the best way to differentiate This Good Idea from That Good Idea. Most of the time it’s little more than an afterthought, while other times branding’s a goal in itself. And it really does have a link to reality, as an extension of our culture’s fascination with the American West and a rancher’s use of various brands – today’s corporate logos – to convey ownership.

Branding’s the bridge that connects a business to its customers. Without branding, you couldn’t tell one cow from another. Swap cars, pantyhose, canned soup, and choppers for cattle and the critical importance is easy to grasp.

On a more practical level, branding is essentially the process of providing primarily visual (but could also be audio, a tack Harley-Davidson pursued to an unsuccessful conclusion several years ago when they tried and failed to trademark a V-twin exhaust note) cues that keep a specific product in mind whenever there’s a choice to be made between competing products. Or even when staking out the high ground for a brand new category of goods or service, as Microsoft did with their Windows desktop software operating systems not that many years ago to become monolithic in market share.

If you guessed that Budweiser’s the biggest brewery on the planet, you’d be right. But in recent months they’ve seen their market share nibbled on by the upstarts at Miller, a phenomenon unthinkable just a few years ago.

Miller’s gotten A-B’s attention by implementing an aggressive brand management strategy that’s beginning to pay real dividends. Three years ago Phillip Morris sold off the former Champagne of Bottled Beer to South African Brewing, in turn creating the second largest brewery in the world. SAB’s stable of labels includes Urquell, Fosters, and some 70 other flavors, and they’re on the hunt to unseat Bud.

In 2002, SAB’s (now SABMiller) top exec said that, “The fortunes of Miller are tied strongly into its ability to reach consumers through more focused and more extensive marketing programs.”

Things weren’t all bad while Miller was part of the Phillip Morris empire. During the 32-year marriage, Miller was rescued from almost certain extinction by introducing the first lite beers and the now very well recognized MGD brand.

But although PM-Miller invented the lite beer category, by the time they sold the business to SAB Miller was ranked third in sales, behind Bud (understandable) and Coors (surprising) lite. Factors leading to the slippage of the brand under PM included erratic advertising and weird forays into other labels like Red Dog and Icehouse. They extended the brand, but not the market.

Three years later, Miller’s celebrating 150 years of brewing ancestry and quickly becoming a real pain if your job’s selling Bud, leading to that company’s response of pouring even more money into an already overwhelming ad and promo program. What’s A-B responding to? Miller’s reversal of a 15 year sales slump, which for the first time caused A-B to lose share directly to Miller.

They don’t take kindly to rustlers in St. Louis. Which brings us to the powersports industry. What’s in a name? A mixed bag of inherited trademarks and product ids that mostly fail the retention test, the definition test, and the comprehension test. That’s just for starters.

None of these labels (and dozens more just like them) differentiate the product in a very crowded, nearly identical field. Making sure the buying public can recall your brand is the first and last rule in marketing, and the main point in advertising. It also follows that publicity generated without unique content is also limited in it’s effectiveness.

Who’s To Judge?
The Public – They Vote MasterCard

Apple’s iPod brand has clobbered Sony’s Walkman brand in the field of portable music, even though Sony pioneered the concept of walk around personal entertainment years ago.

Brands come and go. One of the most famous, or infamous, was the Marlboro man, whose image sold billions of cigarettes at the expense of thousands of lives. Other notables include Elsie the Cow, Tony the Tiger, and Ronald McDonald.

It doesn’t count if your girlfriend thinks it’s cute, or your drinking buds think it’s brilliant. The whole point in branding is to:

Bare minimums are a distinctive logo or logotype that’s flexible enough for use in multiple applications, that has built-in consumer appeal, that’s used religiously but not inflexibly throughout the communications process, and that’s used in a consistent manner that allows time for a bond to be formed with the market.

In the extremely tight powersports marketplace, survivors are those who’ve built their brand to stake out market share, and not by adding indistinguishable variations of the same generic product to a line that lacks consumer clout.

Those left standing will own an overwhelmingly positive and identifiable brand that’s indelibly linked to a superior product.

Need some fresh ideas for beefing up a flabby brand before it winds up on your neighbor’s plate?