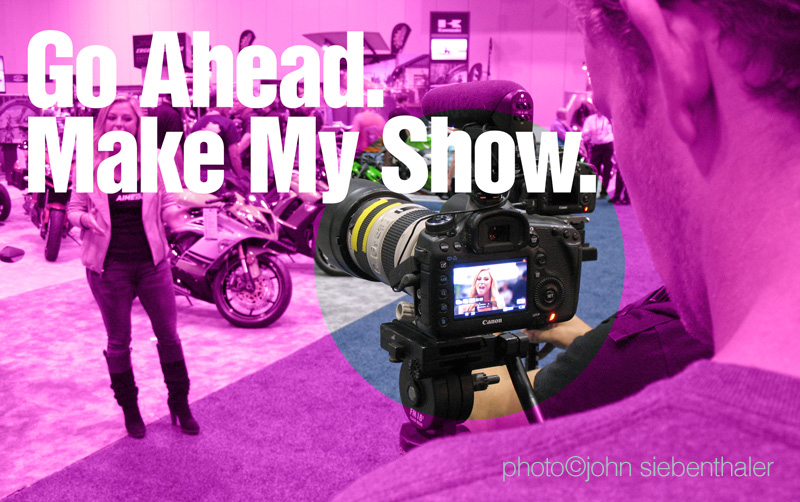 Powersports Needs A Show That Gets Folks Talking

Lets kickstart 2015 with a critical look back at AIMExpo’s second combined business only and retail aftermarket tradeshow in Orlando last fall.

The event broke the 500 exhibitor mark, pulled in two new OEMs, shortened its run by one day, and earned major bragging rights over the DOA Dealer Expo hopscotch relocation from Indianapolis in February to Chicago (see below) in December.

It was clean. It was tidy. It was organized, and comfortable. But what it wasn’t, was exciting. Sure, there were moments of big interest, but despite the reveal of Ducati’s new old Scrambler and a close up look at Kawasaki’s long-awaited H2R hot rod the show overall seemed to lack, for want of a better word, edginess.

The major complaints were of two predictable varieties: not enough dealers (by exhibitors) and not enough exhibitors (from dealers).

Bringing up a distant third place were comments about the location, broadly categorized as why don’t they hold a show in Vegas (been there done that) - or San Diego, or even (gasp) the Back to Indy Brigade - anywhere, it seems, but in one of the easiest to reach destinations in the country. Which Orlando is, thanks to Disney, Universal, a truly international airport, in a state that’s built on tourism, and a complete mastery of domestic and international tourist marketing.

One buyer who made the long-haul journey from Vancouver, British Columbia to the Funshine State in order to stretch his legs and work on his tan said that, “AIME was far, far better than the last Indy show I went to. In the past, it took me two and a half days to see everything at Indy. At the last (2013) Dealer Expo, I was done by 3PM Friday, then had to search for things to look at for the next two days. It was a complete waste of time, and I vowed never to go back, Chicago or not.”

Charging stations. Not a single electronics exhibitor - batteries, chargers, or vehicles - had the foresight to offer a mobile device charging kiosk. What, did everyone arrive by stagecoach?

“At AIME, I was gratified to see a full room (of exhibitors), and it took me over two days to see everything I wanted to see. I was surprised that Parts Unlimited, and MAG were not there, but I’ve heard about the politics. Having the public there on the last two days was enjoyable because as a dealer I could talk to the show goers to see what they thought of the new models; VERY informative.”

“The demo rides were good as well, but it took so long to get in and out that I could only ride two demos; maybe they will get more streamlined in the future.”

Offsetting those rosy comments were these from an exhibitor. “For me it was great (but) every booth I went to said the same thing – not enough dealers...especially on Friday.” The writer (consumer publication) plans to renew his space, but doubts that, “…four guys from any one shop spontaneously jumping in a car to roam the halls for a day or two will happen with an Orlando show.” And he misses Indy. 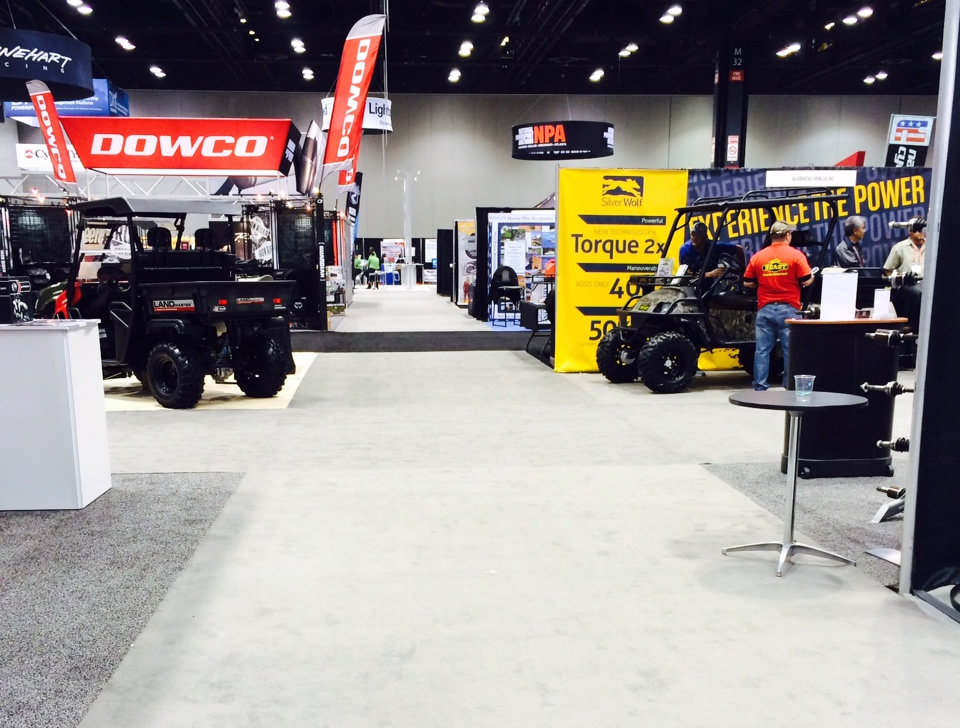 A few weeks after AIME folded their tent in sun-drenched Orlando to cheers all around on a solid job well done, Dealer Expo was on life support in their hail Mary attempt at a Chicago show (above) miracle. That did not happen.

On that last point, well, from the consumer POV I miss Indy also. The ease of getting around downtown, the seriously much better restaurants, and the close-in mall shopping are major pluses when deciding whether or not to roll the dice on attending. But the Orange County Convention Center - the second largest convention facility in the U.S. - is (can be) so much better for marketers in so many ways it’s not even close.

Declaring AIMExpo the winner by design/default in the powersports aftermarket and motorcycle consumer event sweepstakes, it seems all but certain that by the time next October rolls around organizers will be well positioned to handle an anticipated growth spurt of marketers anxious to capitalize on, or at least not miss, a resurgent economy’s still nervous romance with powersports.

It’s About the Customers You Have. And the Ones You Don’t

With all that said, the show could, and should, offer a better dealer/consumer experience to buyers of both stripes, trade and retail. As currently configured, it’s a good example of early 21st century trade show production: predictable and relatively painless. But there’s nothing that hasn’t been done before, or better, by other major events.

If there’s any value in the notion that the environment sets the tone, here’s my quick list of things that seem obvious I’d like to see added and/or improved.

Make no mistake. You’re just down the street from Harry Potter, The Hulk, Star Wars, and All Things Disney. Take advantage of the local inspiration, talent, imagination, and resources to make this event a truly remarkable experience for everyone.

That AIMExpo’s been successful in its freshman and sophomore years is obvious. But reaching the next level and transitioning into significant engagement means a commitment to building buzz that can connect to an untapped market, not just the market you already own.