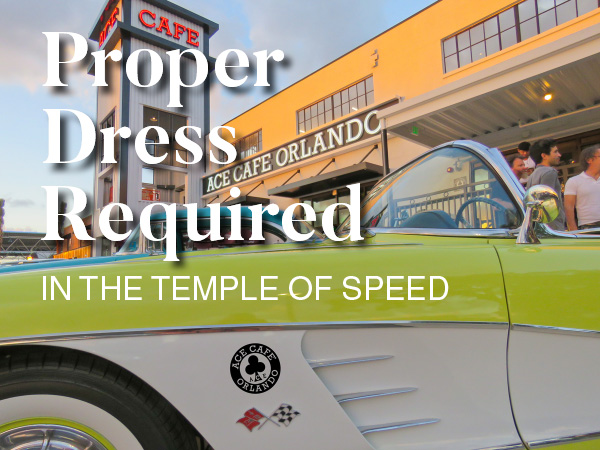 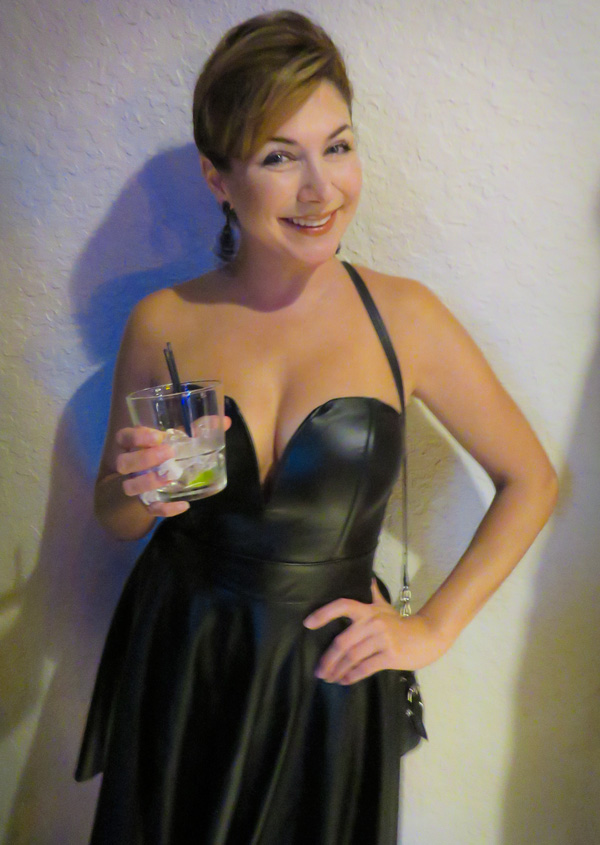 Well it’s one for the money!

Lots! The Ace is privately funded so actual amounts are proprietary. But redeveloping three acres and a couple of century old warehouses in the middle of downtown Orlando ain’t cheap.

Two for the show

Three to get ready

Three years, that is, of incubation and planning, when the straight line would have been a week-long demo and 10-month rebuild from the ground up.

Running late, I pulled into the Ace Cafe’s overflow parking lot and snagged the last possible slot, double-parked in the dirt next to a food semi across from a “WE TOW! ENFORCED 24 HRS” greeting, and considered other options before deciding chance was preferable over a circling many blocks maneuver to find a vacant spot anywhere.

I headed for check-in a few minutes past six and was in the process of claiming my credentials when a pleasant yet authoritative voice behind me wanted to know if my name was John, and if I was the King of Snark they had a pass for me. Well sure, yes to both, I think, and thanks for the shout-out! I hung the lanyard around my neck and ducked away before anyone could change their mind.

A working man’s culture built on the reputation of British twins at the peak of their popularity coupled with a fashion sense that blended blue jeans, boots, and black leather jackets.

The plaster was still damp and the paint still drying inside the ground floor entrance of Ace Cafe London’s first North American outpost, a years-in-the-making memorial to hot rod bikes, hot rod women, and hot rod cars just up the street from International Drive’s tourist traps, Disney, and Universal. And Holy Land, too, in case you needed more reenforcement  that Florida is an equal opportunity entertainer. 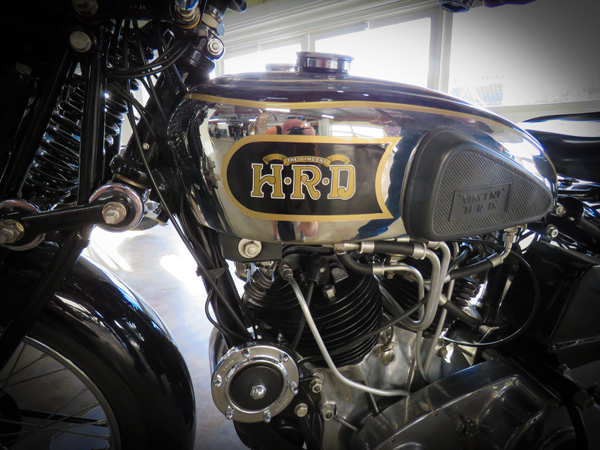 Rebirth of A Legend

The name Ace Cafe is synonymous with pre-yuppie, pre-rubbie profiling. Not a members only club, but a working man’s culture built on the reputation of British twins at the peak of their popularity coupled with a fashion sense that blended blue jeans, boots, and black leather jackets, like their American counterparts halfway around the world but different in presence and menace projection. 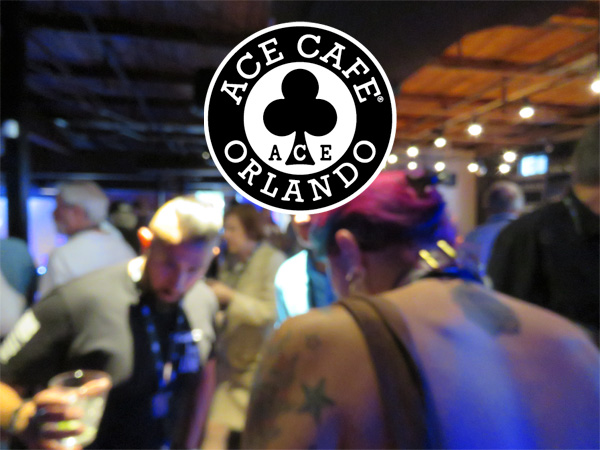 Located in the heart of Orlando’s downtown district, Ace Cafe Orlando is a three-acre post industrial mixed use facility offering dining, retail, and entertainment with the goal of becoming an international destination at the same time they’re carving out a niche as a local hangout.

From The Ground Up, Plus

Resurrected from the 100-year-old bones of three warehouses that made up the supply company originally owned by Orlando business pioneer Harry P. Leu, it joins five other Ace Cafes around the world and the largest to date. According to Chief Marketing Officer Steve Glum, the biggest challenge was recreating the industrial feel and vibe of the original, much smaller Ace by recycling lumber and materials from the current site’s abandoned buildings.

With 35,000 square feet to fill, there’s plenty of room for the Dainese and BMW stores, an upstairs art gallery, four full bars, a restaurant, two kitchens, a coffee bar and an outdoor patio, all offering beer flowing through a combined 104 taps and drinks and cocktails poured from behind four full bars. Museum quality vintage and custom bikes decorate both floors of the facility, and if the music doesn’t get you the dull sheen of the aluminum crankcase castings on the Vincent, Brough, and Norton originals should excite the senses. 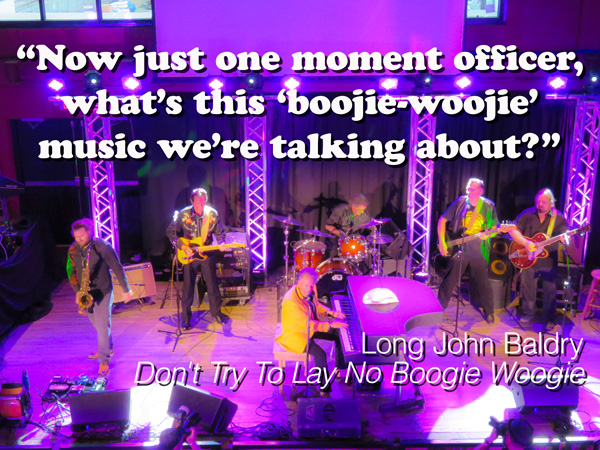 First opened in London as a 24-hour roadside cafe in 1938, then adding a garage a year later, the Ace really took off in the late ‘50s as a hangout for troubled youth who sought excitement by mixing rock and roll with out and back street racing on the backroads of London.

The outlaw culture lasted only until the mid-’60s, as styles shifted to mod and musical tastes embraced a cleaned up and sanitized rock and pop. The original Ace closed in 1969, and would remain so until its rebirth in 2001 by the current management group headed by Mark Wilsmore.

Cafe Racer — Yeah, They Did That

The Ace is closely identified with the birth of the cafe racer custom, originally an English middle weight bike styled with clip-ons or drag bars and rear-set pegs for maximum profiling exposure. Comfortable? No. (Word.) But in an urban environment, fashion came first and so did the break from factory-stock touring configuration. It’s a proprietary look that continues to enjoy an enthusiastic following well apart from heavyweight touring, middle-of-the-road sport, and fairing-shrouded superbikes.

As the Ace puts their kickstand down smack dab in the middle of the planet’s preeminent family-friendly entertainment destination, their appeal is to the pent-up demand among the rideable custom bike and drivable kustom kar culture for a place of their own. It’s an opening almost 80 years in the making.